A Brief History of DJing 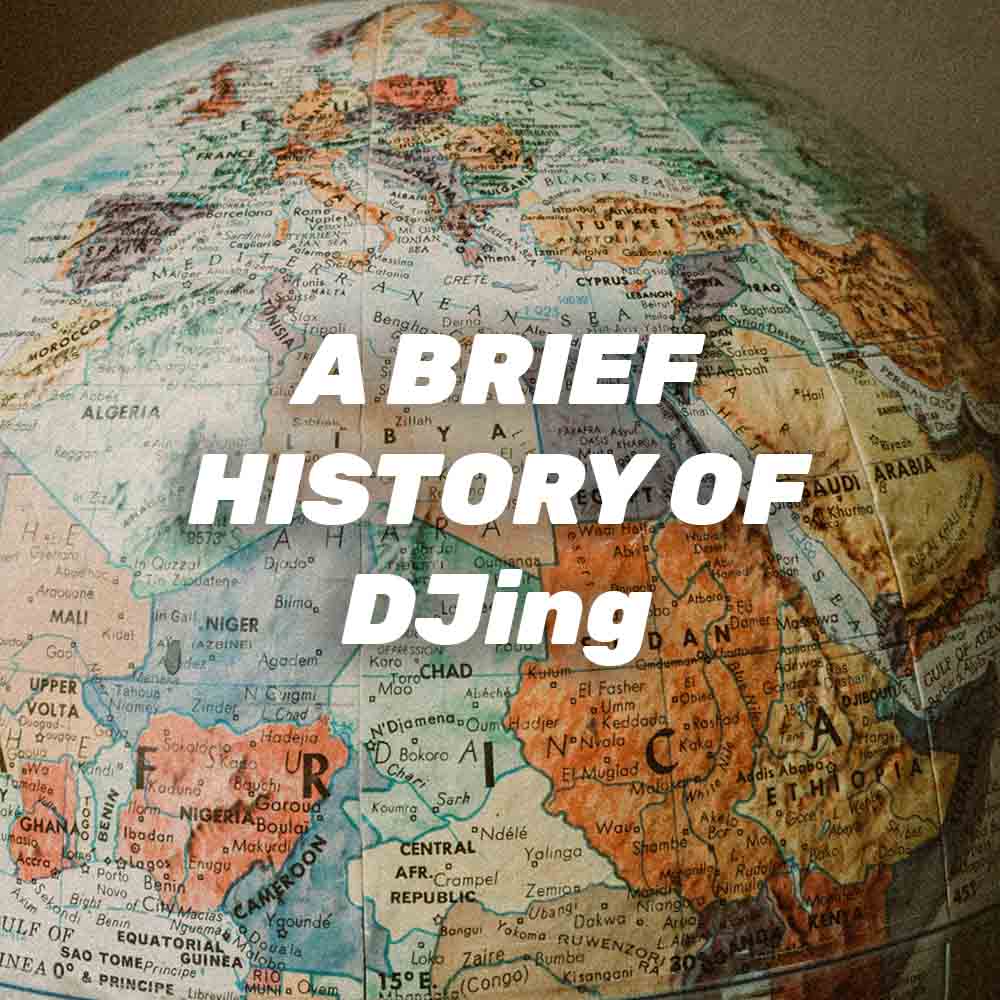 A Brief History of DJing‍

All our DJ course students and many music fans alike should know about the rich history of DJ culture. The history of DJ culture has had a profound impact on modern world culture, but where did it all start? The best way to learn about the roots of DJing is to first understand the technology that enabled the new art form to appear.

DJ is an abbreviation of Disc Jockey. A Disc Jockey is someone who plays records (discs) either on the radio or at a dance-party. The term is still widely used today for any type of DJ irrespective of if they use vinyl records, CDs, USB or any other format.

The first method of recording sound was invented in France in 1857. However, it wouldn’t be until the American Thomas Edison would invent the phonograph in 1877 that we would be able to record and playback the recording. Edison’s invention was not commercially successful because of the poor playback quality, expensive cylinders and short recording time. Seeing a gap in the market the German-American inventor Emile Berliner would register his patent for the gramophone device in 1887. The gramophone played back music from discs rather than cylinders and Berliner’s method improved sound-quality immeasurably. In 1892 the first discs for the gramophone were made commercially available.

In 1909 Californian, Ray Newby, only 16 at the time, was the first person to play records on the radio. However, the first appearance of the term Disc Jockey only appears in 1935. It’s important to remember this was before the emergence of DJs using two turntables. At the beginning a DJ was someone who selected records to play on the radio or at dance-parties. The problem was that if you only had one turntable there would always be a pause in the music while the DJ would replace the record with the next song. Everyone would have to stop dancing!

The now-disgraced British DJ and radio presenter Jimmy Saville was the first DJ to play using multiple turntables in the mid-1940’s. This new technique allowed him to get the next record ready while the first one played. He could now eliminate the awkward silence by seamlessly swapping from one turntable to the next. This allowed the audience to keep dancing continuously, like they now do in all clubs. Come the 1960s the first dedicated DJ mixers were being produced for the new emerging market.

In the 1960’s Jamaican sound system culture created new striped-back styles of music with repetitive beats. Artists in this culture were also the first to remix music and so laid the foundation for modern dance music. No one knows who the first DJ was to go one step further and actually overlap two records with the tempo (BPM) in sync, but we know that it would have been tied to improvements made in turntable technology. The Japanese firm Technics were leading the way with the launch of the first Technic turntable, the SP-10 in 1969. Following that came the SL-1100 and In 1971 they launched the SL-1200 which would go onto become their break-through commercial turntable.

These innovations went on to inform the new Hip Hop scene that emerged in the 1970s. The founding principles of hip-hop are called ‘The Five Pillars Of Hip Hop’ they include, Graffiti, MCing, DJing, Bboying & Knowledge. Hip Hop was the soundtrack to the emancipation of the black working classes in America and thus DJing also took on a political element. In parallel to this movement turntable technology was evolving, turntables now had direct drive which meant they could stop and start quicker and the tempo adjustments would also be more responsive. This new advancement coupled with the creativity of the hip hop DJs brought about the invention of new DJ techniques including, scratching, beat-juggling and turntablism. Techniques that would have previously been too damaging to earlier turntables and records. Turntablism by definition means using the decks like an instrument and is often seen as the skill that brings DJing closer to musicianship. Another important development in the mid-1960s was the commercialisation of a new class of electronic instruments called synthesisers. Famous synths and drum machines like the Roland 808 or the Minimoog would go on to create the signature sound of popular music to this very day.

With the success of Hip-Hop culture in the 80s DJing went mainstream and in the late 80s it took on a new dimension with the emergence of dance music culture. Stemming from Disco, two new genres emerged in 80s America. These pinnacle genres were Techno, with its ancestral home in Detroit, and House with its roots in Chicago. Both styles quickly crossed the Atlantic and took root in Europe where they diversified into the myriad of music genres we enjoy today. Vinyl records were the dominant format of the times and record sales became global. Collectors across the world would seek out new music, collect and perform. Dance music exploded and new genres were created in ever-increasing frequency.

Acid House and Rave in the UK took hold during the second summer of love from 1988-1989. Illegal raves became commonplace and the drug ecstasy with them. Fearing a loss of control, governments would soon crack-down on dance music culture, outlawing illegal raves. As a direct reaction to the crack-down on raves came the rise of superclubs in the 1990s. Clubs like Ministry of Sound created legal spaces for ravers to enjoy dance music and the infrastructure that led to the commercialisation of dance music. With superclubs came the super-star DJ, DJs were the new rockstars and everyone wanted a piece of the action. The 90s saw record-breaking revenue for the music industry and the CD reigned supreme.

The internet was to become the defining technology of the new millennium and in 2001 the launch of the first iPod ushered in massive changes in the music industry. Comparatively, DJs were lagging behind, hindered by the available DJ technology. Seeing a gap in the market, Pioneer DJ launched their first CDJ decks and found success in 2004 with the launch of the CDJ-1000. During this period DJs were performing with a mix of vinyl records, CDs and MP3s that were burnt onto CDs. Pioneer became the industry leader in DJ technology and remains so today.

The mid-2000s saw a period of ever-increasing technological innovation take hold and the digitalisation of the industry brought about vast changes. Changes were not just limited to the hardware and software, but to the entire music industry. The age of the internet and the iPod saw a music publishing revolution and the MP3 left the CD in its dust.

DJing adapted with the times and Pioneer continued to innovate alongside other companies such as Rane, Native Instruments and Denon. Come the mid naughties DJs were spoilt for choice, they could perform with turntables, CD, SD, USB, laptops or DVS (Digital Vinyl Systems).

During this period consumers started downloading music for free or for less than the price of a CD. These changes led to a crash in revenues for music labels and they were forced to find new revenue streams. Labels found it hard to make money from record sales so the natural progression was to make money from advertising, events and sponsorship. Superstar DJs now became cash-cows and festivals the golden goose.

In 2006 a new music service called Spotify was launched. Streaming now replaced the actual purchasing of music. Consumers would now pay a subscription fee and have access to a vast library of music. DJs now have the choice of buying individual tracks or linking their DJ software to a DJ streaming service. The biggest online retailer of digital music for DJs is Beatport and they launched Beatport Link in 2019 which will allow DJs to stream music for a DJ set. There are also other DJ streaming services including DJCity's Beatsource and Tidal.

As ever the music industry is evolving and adapting to change. Each disruption to the industry is potentially an opportunity for upcoming artists and commercial entities to tap into. The electronic dance music industry is expanding and now is a great time to learn how to DJ and involve yourself in the culture of DJing.

How to learn how to DJ

If you would like to learn how to DJ and become part of a rich history of DJ culture sign up for a DJ course at London Sound Academy. Click here for more information on our DJ courses!