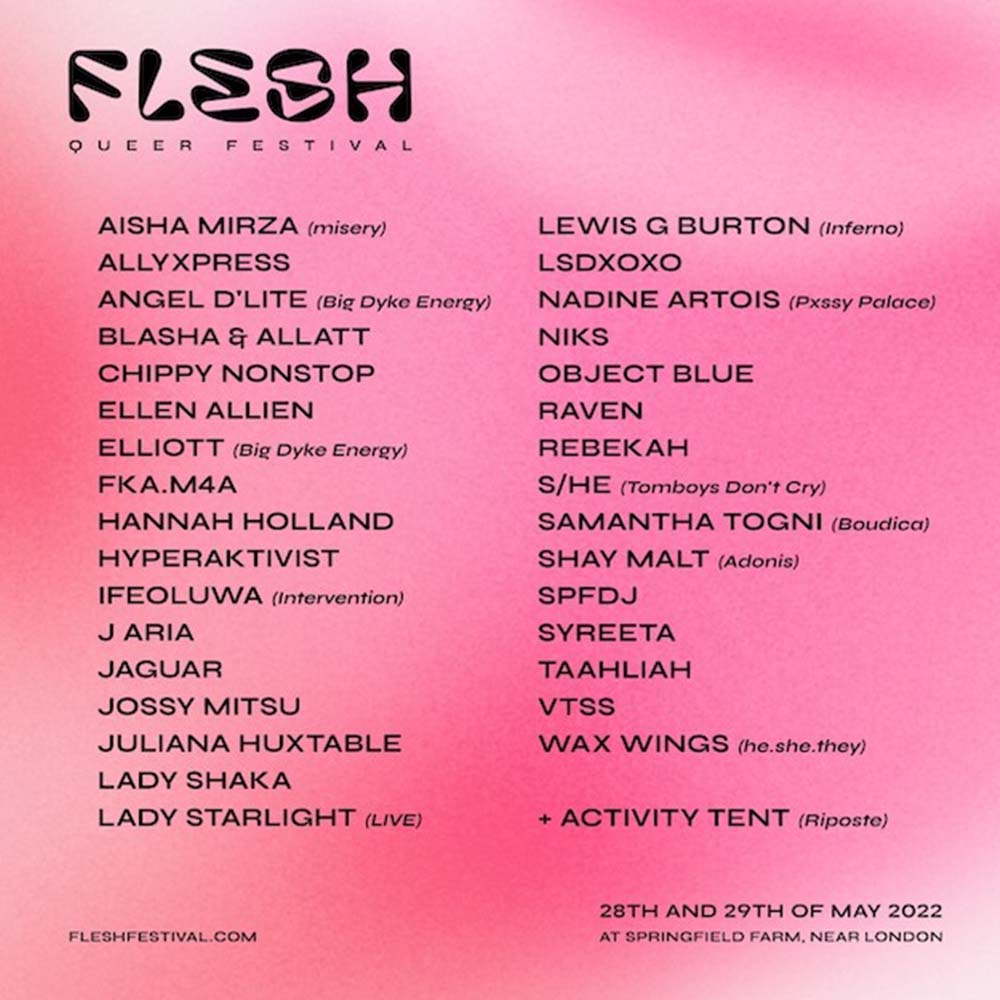 We're so excited to be offering a scholarship which culminates in a two live performances at Flesh Festival. The launch of Flesh has been the most exciting news in electronic music in 2022 as reported in Mixmag, Resident Advisor, DJ Mag, Dazed, Playground this week!

Flesh Festival is the UK's first queer camping electronic music festival with the most progressive lineup we've ever seen! The female-led lineup supports underrepresented artists and sets in action the long-held conversation about a lack of diversity in festival lineups.

Equality and representation in electronic music have always been a cornerstone of London Sound Academy. As the UK’s leading provider of DJ and production tuition LSA has championed the cause of inclusive lineups that reflect our diverse communities. As such, LSA is supporting the movement to diversify lineups with two scholarships and we are welcoming underrepresented artists to come forward for a chance to learn at LSA for free and perform at Flesh festival itself!

In recent times the biggest discussion in the electronic music community has been that of cis male-dominated festival lineups. The conversation has been circling the industry but no big promoters have stepped up to make the change. Flesh will enact this needed change and set an example for promoters globally to follow.

'After years of neglect, there is a need to support marginalised groups to enter the electronic music industry. To help foster a new support network, London Sound Academy will be offering two scholarships and ongoing mentorship for upcoming QTIPOC artists. The scholarship program will begin with a talent search and culminate with live performances at the festival itself.' - Flesh Festival Press Release

Flesh Festival curation will follow the steps of Boudica, a London-based platform aimed to give visibility to underrepresented genders in music that has already gained the support of the Mayor of London, PRS for Music, Musicians Union, AIM and more. Boudica, in collaboration with Flesh will curate the line-up and search for new talents.

How To Apply For The London Sound Academy Scholarship