How To Promote A Release 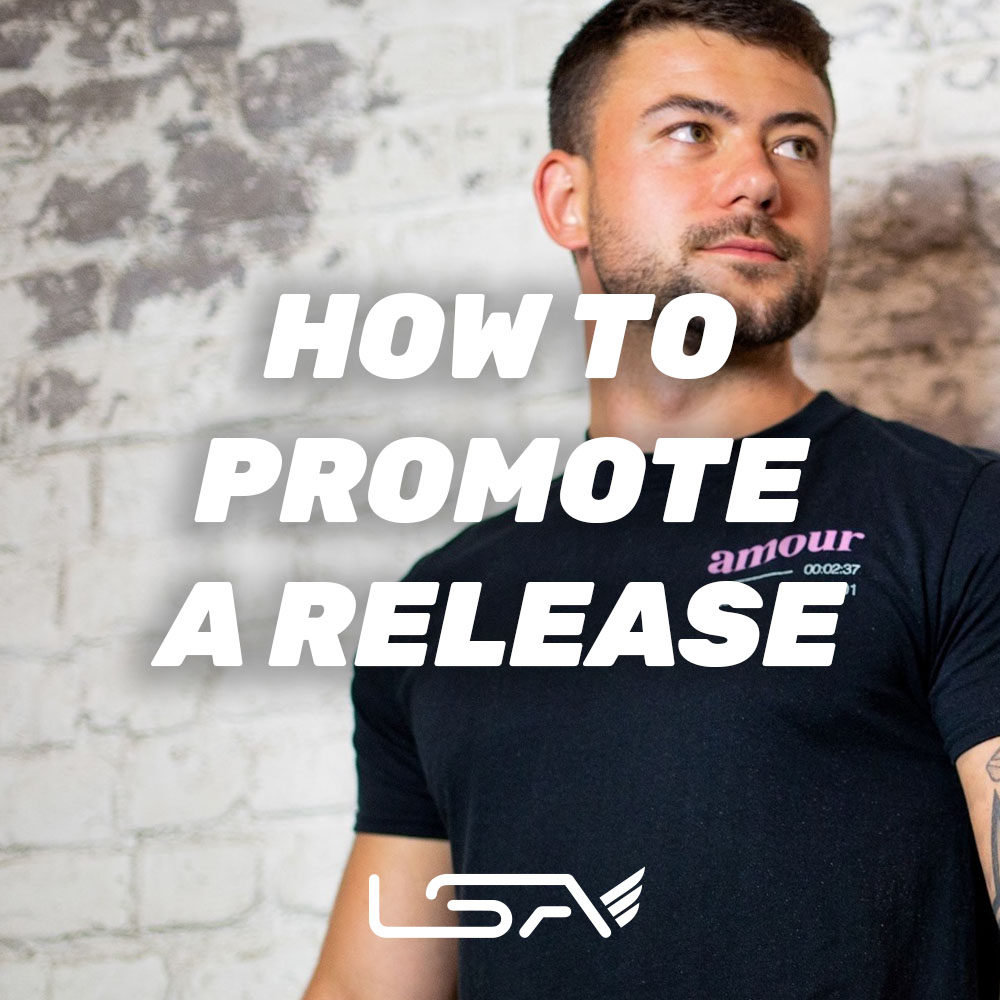 How To Promote A New Release By Danny Rhys (Toolroom)

DJ and Producer Danny Rhys is well known in the LSA community, after graduating from our courses he successfully started his climb up the music industry ladder. Fast forward many years and he has performed at some of the UK's biggest venues and festivals, released numerous tracks and works at Toolroom records! It's quite a long list of accolades and he remains an inspiration to upcoming LSA students.

In this special guest blog Danny shares his experience and knowledge on how to promote your new release.

Why is promotion important?

Promoting your release is incredibly important. There is no point having amazing music, if nobody hears it! It takes time to build up a following and every release you make is an opportunity to move up a gear. Make sure you follow this plan and make the most of every release.

Step One - Have a Plan

Once I’ve received my release date, I instantly work out a promotional plan to work around the release date and pre-order date (if there is one). When sitting down to work out my plan I consider the following things:

What assets and content do I have or what can I create?
Who should I send the release to as a promo? (DJ’s, Radio, Press)
When should I submit the release to Spotify, Traxsource etc?
How can I utilise DJ charts?
What is the labels plan in promotion?

The label you are releasing with should provide you with some assets to share and post, it’s always good to check in with them regularly to see what the label is doing to promote or if they have any leads on the track which you can help promote through your own channels. Aside from the label creating their own branded content around the release, I find it’s always good to put your own personal spin on promoting the release that is unique to you. Photoshop plays a HUGE part in me being able to create my own content and in a creative way. Consider the theme of your release, the track titles, any collaborators and how this could tie back into creating content. For this collaboration I did with my brother Matt Weeks (UK) I thought it would be entertaining for some brothers to be fighting over a record.

People will often identify a release with the packshot (cover art) so I try to utilise it in everything I create and post. Adding a snippet of the track to an image or video again will help for people to familiarise themselves with what you are actually promoting – the music! The more content you are able to create the longer you can promote the release which shall all hopefully lead to more support, streams, playlist adverts, sales etc. which in turn could lead to more content for you to be promoting.

Any further news on the release through the campaign, share everything that is worthy of a mention, DJ support, chart positions, playlist adds, DJ Charts, radio plays etc. This may entice people to want to check the track out if they know David Guetta (for example) has been supporting your track! Definitely utilise EVERYTHING you can which all adds to your content library and promo plan.

Upload a DJ Mix to Soundcloud and Mixcloud tagging in the tracklist so the track becomes visible on 1001Tracklist, there are so many platforms out there so why not utilise them all if you can, the goal of promoting a release is to get the music in front of as many people as you can right?

Create DJ Charts on Beatport & Traxsource (make sure they are Artist Charts and not User Charts so they appear on your Artist profile), this will lead to your release being visible in more places on those stores and you may even get a shout out from other artists you’re supporting in the chart.

Before the release goes live you can pitch the release to Spotify editors through your own Spotify Artists account and pitch to Traxsource editors through the Traxsource Entity account, this may help for those stores to support the release on the sites, so the release can hit the ground running on release day. For me this has led to me being playlisted in Spotify Housewerks and Operator, and Traxsource adding to their Weekend Weapons chart which aided in a number 1 single in the Traxsource Tech House chart. You will need to have at least one release already on Spotify to claim your artist profile.

If you have any press contacts, like a blog editors, then drop them an email with the track to see if they would be up for featuring in their blogs, magazines and social channels.

You can also submit your release to BBC Introducing in your local area (UK Only), I normally submit this one week before the actual release date so it gives the producers time to listen and if they decide to feature in a show the release will finally be out which may lead to people streaming or downloading the music if they are digging it.

Before sending out personal promos, I like to get a list together of who I am actually going to send to. Who’s been supporting my recent releases? Will this track work for them stylistically? I don’t want to pester people that wouldn’t support my music because it’s not right for them stylistically as they may not open my next email the next time around. Investigate whose been supporting, have I been tagged into anything on social media supporting my last release, check 1001Tracklists to see whose been playing my music. Send the free promo out to those people that are going to make a difference in the success of your release.

I always create a personal Link Tree for my releases (you can do this for free on Toneden), so for anyone that clicks the link has the opportunity to go through to their preferred store. If you have any fans that support your music then why not send them this link as they will likely stream or download the track if they are into you and/or your music. Don’t waste free downloads on potential customers which aid in the success of your release.

On the day of release I’ll email as many Spotify playlisters I know to see if they would be up for adding the release to their playlists, this will help kick start the Spotify algorithms so your track can appear to more users. You can use sites like www.songstats.com or www.spotontrack.com to see what playlists your recent releases have been listed into, or do some digging to find playlists that would suite this particular record. Take a look on said playlist to see if there is a submission email or you could try submitting via SubmitHub. This is a lot easier said than done as there’s potentially thousands of tracks being submitted to each playlist every day, but if you get a bite it can only snowball your release.

If you would like further one-to-one help and guidance join our music production courses and learn direct from your chosen mentor. You might also want to join our 'How To Start A Record Label' course. For any more information or questions click here to contact us.

It’s just that ‘Damn Good’! Out now on Toolroom Records