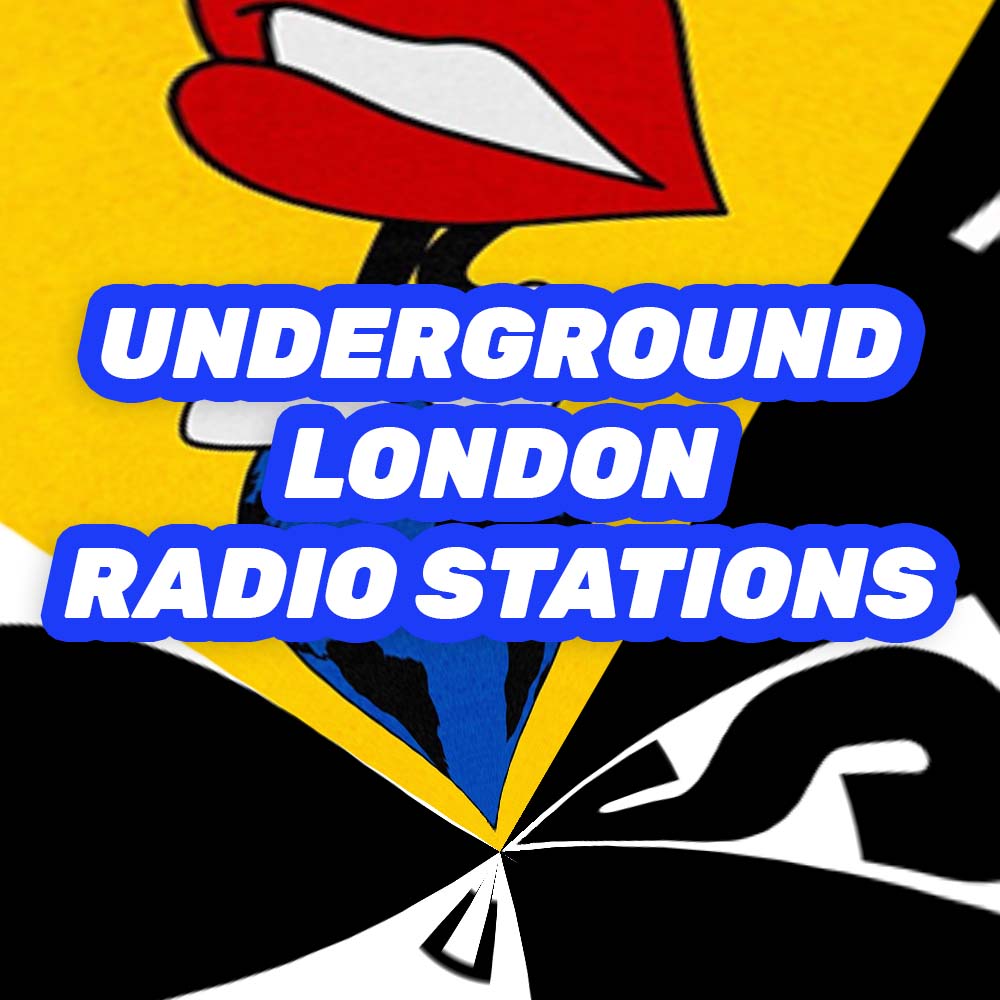 London has a thriving underground music scene and a whole ecosystem of radio stations supporting grass-roots communities exploring a spectrum of genres. We are truly blessed to have such a diverse and authentic landscape of music at our fingertips. Read this blog to get to know London's most loved underground radio stations and a few from other UK cities thrown in for good measure!

Top Tip: Why not send them your mix if your style is suitable! Many of these stations accept new artists and have radio shows available twenty-four-seven to fill, it could be the break you are looking for.

Please note; this list is in no particular order and we lied, they are not all based in London! BUT they are the ones that Londoners really rate! Also, It's not a ranking of the stations, it is merely a list of some of the stations we are really enjoying at the moment and those that have supported our tutors and students over the years. If you have a station you think would fit well with the list contact us!

If you would like to learn how to DJ, the right way, and get gigs in clubs and on the radio join our one-to-one DJ course.

Foundation FM is an online radio station offering shows Monday-Friday. They support a diverse range of artists from all backgrounds both culturally and musically. They aim to create a safe-space for everyone including marginalised communities like the LGBTQI family. Foundation FM will be a celebration of all genders and communities and what those people can achieve when given support and opportunity in the music industry.

Balamii started as an app, delivering mixes recorded in London’s clubs via an app. Since 2014, it has grown into a radio station that produces events, video and written articles. Balamii remains true to its original spirit - it is a community of like minded individuals passionate for underground music of all kinds. Balamii discover musical gems of the past, support rising talent of today and help foster the future of underground music. Their output is varied and expansive - Balamii delivers radio, events and video to a global audience hungry for the same things we are.

Okay, so not in London but us Londoners have been tuning into 1020 radio for quite some time for their diverse shows and excellent taste-makers. They broadcast from Bristol, UK and from around the world for selected special shows.

Flex FM is one of the bigger and more established radio stations on this list, but despite their size they are still representing many underground artists. They are taking the underground overground with some serious commercial clout and a wider-ranging listener base. Certainly a great station to pitch your show to if you want to get some hefty airtime.

Okay, so it's at this point we are thinking maybe we should have changed the name of the blog to London and Bristols best underground radio stations! Noods is another fantastic station supporting underground music, based in Bristol but with a large audience in London. Founded in 2015 and born from Sunday morning music sessions, the station has grown to become the home of faces from around the globe. Tune in for daily shows from the misfits, dancers, collectors and selectors that make up their community.

NTS radio has quickly grown over the years from a small station to a global movement. They have followed closely behind Rinse FM and their rise to fame. NTS, along with all the stations in this list have a clear and express goal to showcase music and artists from marginalised backgrounds and give them a global stage. They have big funding and tie-ins with streetwear brands. It's a great station to work with is you want to reach a larger audience.

East London has spawned many radio stations and another recent addition is Netil Radio, based in Netil House which is a complex of music studios, start-up offices and concept stores. They have a simple website which supports the music. They broadcast from a shipping container on top of the building which is pretty cool.

Broadcasting across the capital since 2011, Reprezent FM is the UK’s only radio station presented by young people under the age of 25. Their DJs and presenters work in the music industry, run their own clubs nights and produce their own music - making sure they are on the cutting edge of music across a range of genres.

Alongside playing the latest in up and coming artists and dropping insightful interviews with famous stars, they've worked with the likes of Converse and Tate Britain to bring innovative content to the airwaves. They also campaign on a range of issues affecting young people; whether its domestic violence, unemployment or global current affairs, we give you a platform to be heard.

Rinse FM is a London-based community radio station that plays garage, grime, dubstep, house, jungle, funky and other dance music genres popular in the  UK. The station was founded in 1994 and operated as pirate radio station until it was awarded a community FM broadcast licence in June 2010. Rinse FM has been described as London's biggest pirate radio station.It provided first exposure to grime artists Dizzee Rascal and Wiley and later provided a home for dubstep DJs such as Skream, Kode9, and Oneman. DJ Geeneus is the station's head.

Subtle FM is our favourite on the list, of course, because we host a regular monthly show on the station. They are relatively new but growing with speed. It's operated by an amazing crew and it's authentic London through and through! This is a station to support!

Launching in October of last year Bristol based SWU.Fm focuses on electronic music that broadcasts on the FM frequency for the locals and worldwide online. The stations schedule features the local Bristol talent as well was more established names such as Addison Groove, DJ Die/GutterFunk, Om Unit and Sam Binga.

Threads is a broadcast platform connecting local communities across the world and empowering people to express themselves through music, discussion and art.

Threads is based at The Cause in Tottenham, a music venue which has made a huge impact since its launch in 2018. Tottenham itself has been subject to considerable social and political change in recent years. Whilst some of this change is undeniably contentious, music and the arts are thriving. Threads intends to be at the forefront of this exciting cultural activity, whilst engaging with the wide range of issues people face in the area. The station actively engages with the communities, providing a credible broadcast platform for local people to have airspace for their unique narratives.

The station also features a second stream Threads* which showcases an array of content from across the world, with growing hubs in places such as Aubervilliers, Skopje, Wedding and Bushwick. As with their Tottenham arm, Threads* actively engages with and participates in the issues facing the communities it streams from.

The individual streams on Threads* often identify themselves in a hyper-local fashion, highlighting the specific districts, rather the city, of its contributors; for example Threads*Haira (a district in Lanzarote) or Threads*Vinohrady (a district in Prague).

UK Raw Radio is one of the leading Urban and Underground music stations, bringing brand new sounds together with classic shows. They have a strong focus on UK based bass music.