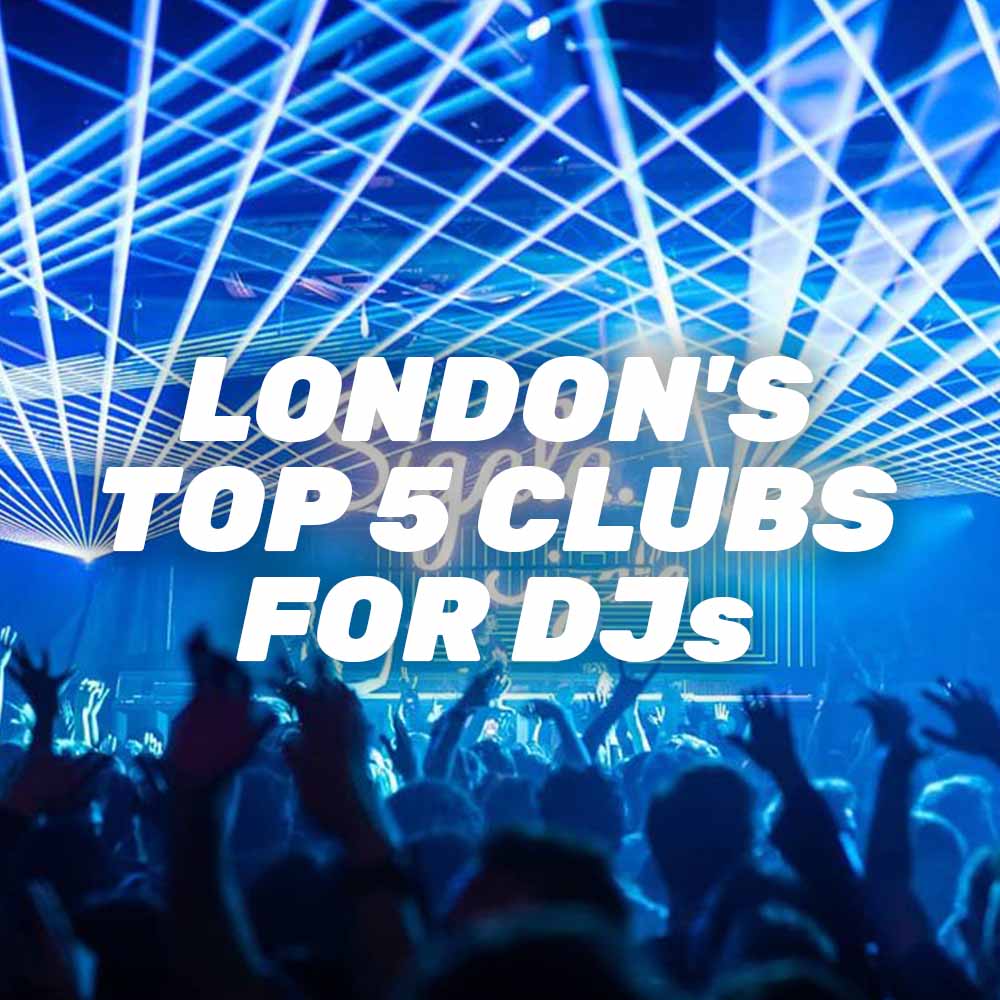 There’s nothing like a proper night out at a club. The music playing so loud you can barely think, the people revelling in the vibrant atmosphere, the lights that tie it all together. It’s what we live for. Or at least it feels that way.

But sometimes nights out don’t turn out the way you expect. Maybe the DJs weren’t exactly the best or their set was tainted by dodgy speakers. Either way, if the music’s not right, it can really sour the night you spent ages getting excited for. But we understand the importance of a great DJ and crisp, bassy sound systems.

If you’re planning your next club night out, here are our top five clubs in London that never fail to provide the best soundtrack to your night with the cleanest sound.

Farringdon is home to one of the world’s best nightclubs. Don’t believe us? Well, maybe you’ll believe DJ Magazine, whose readers voted Fabric as the world's number one club in 2007 and 2008, and runner up in 2009, 2010, and 2017. Pretty impressive. But what makes it so special?

For one, Fabric always trusted its gut. When other clubs snubbed grime, Fabric was blasting it until the crack of dawn. To this day, the genres they play are crazy diverse with tunes ranging from drum n bass, breakbeat, dubstep, bassline, techno, house and more. And while there are veteran DJs, there are also up and coming artists looking to kick start their careers. At the end of the day, it’s all about the music at Fabric.

Yes, the one that needs no introduction. Everyone knows about Ministry of Sound. It’s now a global franchise with possibly the most well-known club across the globe, a magazine, and even a range of DJ equipment, which says it all really. The club describes itself as “the home of dance music” which we’d say is pretty damn accurate. Ministry spins everything from electro, techno, funk, soul, and house, focussing purely on great music instead of a specific genre and putting on some of the best London events you’ve ever seen.

For a brand with its own DJ equipment range, you’d expect nothing less than the best sound. And that’s exactly what they deliver with a system so loud it rattles through your bones. The club has custom speakers throughout and the main dance floor has a hi-fi principle sound system with a six-speaker stack system. Not bad at all.

Egg London has three floors blasting pure bangers spun by both established DJs and newcomers. Friday nights see the newbies take to the stage to bump their tunes over a custom flip side sound system. Whereas Saturdays see acclaimed, international disk jockeys blasting mainly house and techno songs. Overall, the music tends to lean towards house and techno but there’s wiggle room as the venue also bumps EDM.

Egg London is a bit different from the rest on the list as it’s particularly spacious with three floors and five rooms and an outdoor terrace to get some air in between dancing. And with a 24-hour licence, it can get pretty hectic at Egg, but this is a dream come true for those who never want the night to end.

Blasting extended house, disco, and techno sets is Phonox. But while Friday and Saturday nights tend to lean more towards house and techno sounds, Sundays are packed with DJs that appreciate global dance music, exploring music deeper than your typical club.

Known for its impressive Funktion one sound system with booming bass, the club has a near floor-level DJ booth, making it more personal and intimate compared to many London events. It’s clear to see why the venue is adored by many DJs and those who appreciate progressive electronic music. Unfortunately, Phonox is temporarily closed until July 2022, but when it reopens, it’s sure to be jumping as hard as ever. ‍

Another brilliant club voted in DJ Magazine’s top 100 clubs, XOYO creates unreal nights as some of the most talented DJs, both rising stars and pros, blast multiple genres across both rooms. With DJs playing the best house, techno, and hip hop tunes, it’s no wonder the club is one of London's most loved venues.

But the club doesn’t just limit itself to these genres. You can also hear electronic, disco, techno, drum n bass, UK garage, and indie tunes. And sometimes you’ll hear a mixture of them all on the same night! It’s important to note that XOYO also has powerful sound systems across all rooms described as “loud, bassy, and detailed”. What’s a DJ without a sound system that vibrates the music through your whole body?

London is home to some of the world’s best nightclubs, but also some that can be… lacklustre. But these five clubs are absolute musts for anyone who loves great vibes, sick tunes, and an energetic party that goes strong until the sun rises. Whether recognised globally or local gems, these clubs know how to throw a party you won’t be forgetting any time soon.

Check out the best London new year events to start 2022 with some tasty tunes blasting and an unmatched atmosphere.

For your opportunity to play in famous London venues included on this list join our DJ or production courses at LSA.