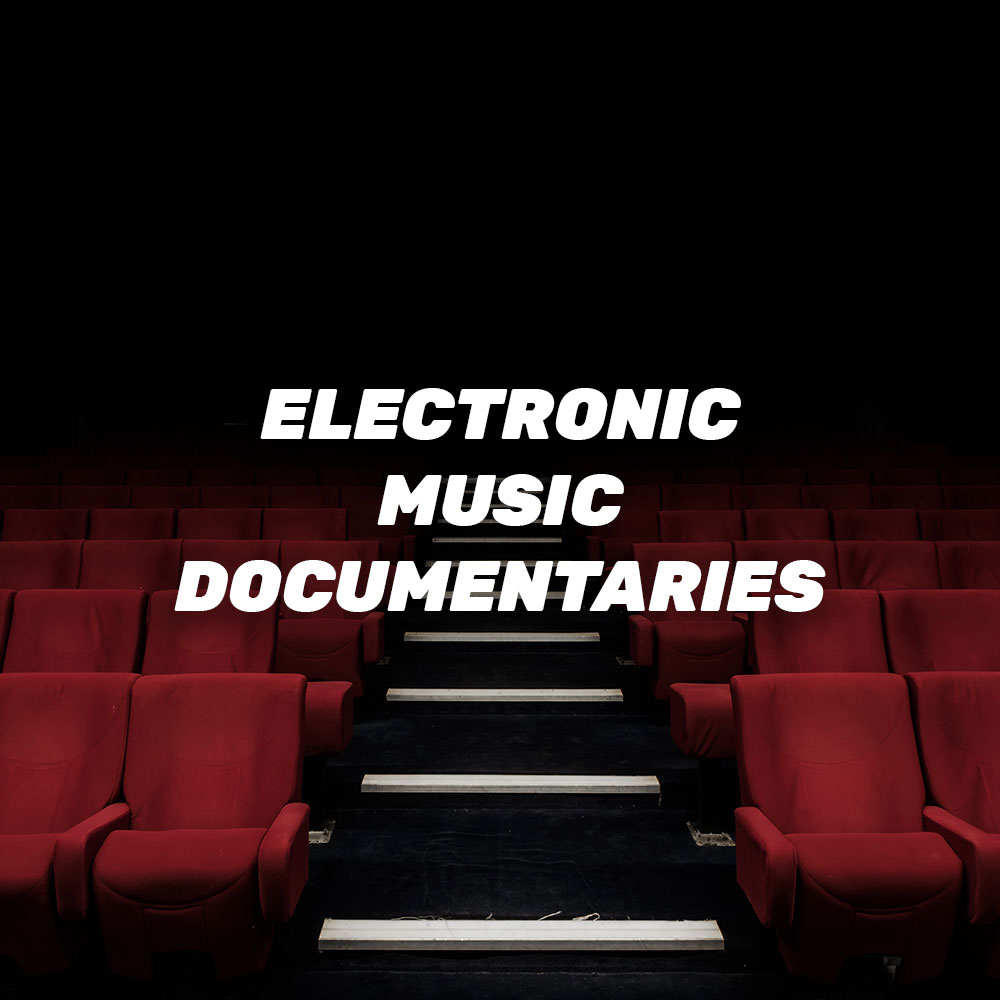 If you, like us at London Sound Academy, have a deep fascination for electronic music, then you’ll most likely want to know about its history. The history of electronic music spans many a subculture, with deep and rich intertwined stories spanning across the globe, informing new and old heads alike. Learning how to DJ on our DJ courses or learning how to produce your own music on our music production courses will give you the tools to succeed but it's important to have a solid foundation of knowledge about the culture itself. To celebrate electronic music’s history, we’ve compiled a list of the best electronic music documentaries.

We call it Techno!

We call it Techno! is a 2008 music documentary highlighting the birth of the Techno scene in late 80’s early 90’s Germany, and for all non-german speakers, it has recently seen a re-release with English subtitles. The documentary shows the viewer a glimpse into the cities of Berlin, Hamburg and Frankfurt back when Techno was first shaking up the country, and is supported by exclusive interviews and previously unpublished materials that were conceived between 1988 and 1994. Interviews are with now Techno royalty Sven Vath, DJ Hell, Tanith and Wolfgang Voight. The documentary also shows some unpublished videos shot during the first edition of the Love Parade, in 1989. It’s a real must watch!

Feature-length documentary Scratch follows the rise of turntablism as a movement and its association with one of the most influential genres in the world, Hip-Hop. The documentary takes us on a journey from the South Bronx in the 1970s to San Francisco now, showcasing the world’s best scratchers, beat-diggers, party-rockers, and producers wax poetic on beats, breaks, battles, and the infinite possibilities of vinyl. Groups like the Bay Area's Invisibl Skratch Piklz and New York City's X-ecutioners were spearheading a return to the fundamentals of old-school hip-hop, looking back to a time before the ascendancy of the mic-wielding MC, when the real star of the show was the record-spinning DJ. Give it a watch and take our turntablism course if you think you’ve got what it takes.

‍Pump Up The Volume: A History of House Music ‍

Pump Up The Volume: A History of House Music tells the story of the social and cultural explosion that was House. From its roots in Chicago, where it grew out of the ashes of Disco. House music has risen to become the soundtrack to every fashion show, after-show party, premiere and club opening around the world. House has been used by many of recent history’s leading mainstream music stars - Madonna, Kylie Minogue, U2, Boy George - to break new markets and update their sound, and has influenced more people than any style since rock 'n' roll. The series will take the story from Chicago and New York via Ibiza to Britain, interviewing key players on both sides of the Atlantic including Alfredo. Paul Oakenfold, Carl Cox and the people behind the superclubs like Ministry of Sound and Cream. It will also consider the social effect of House - a sound that has transcended all class, race and cultural boundaries, to become the soundtrack of modern popular culture.

This documentary covers the acid house, rave and club culture revolution in the UK. This era inspired the film 24 Hour Party people and sheds light on the forgotten counter culture movement. The program goes into detail on the way UK society and attitudes changed after the dawn of acid house culture and, perhaps, more importantly the introduction of the UK’s chemical of choice, ecstasy to the party diet of the young people of Britain.

‘PUT THE NEEDLE ON THE RECORD’ is an award-winning documentary which explores the evolution of electronic music and the rise of the DJ in pop culture. Filmed in Miami during the Winter Music Conference, a yearly week-long event attended by over 20,000 electronic music professionals and fans, the film takes an inside look at a growing global phenomenon in the world of music. Interviews with top artists, footage from events around the globe and a brilliant soundtrack are combined to create a highly energetic piece of filmmaking. First-time director Jason Rem brings an unexplored genre of music to the masses for a glimpse at a movement that is driven by passion, creativity and business. The film has been called “A rock solid documentary,” and “An event to savour in wonderment,” and is not to be missed.

Part of the Weekend Never Dies

'Part of the Weekend Never Dies' is a documentary into Radio Soulwax, a touring concept that for the past three years has showcased the talents of four Belgians (Soulwax) who themselves, programmed and promoted, DJ'd and played live each and every night alongside a revolving array of their friends and some of the most exciting acts in modern music, travelling relentlessly to the four corners of the globe under the banner of 'Radio Soulwax'. Recorded over 120 shows with one camera in Europe, Japan, US, Latin America and Australia with acclaimed young director Saam Farahmand. The result is two films; 'Part of the Weekend Never Dies' - a documentary that captures the adulation, debauchery, ebullience, reflection, cynicism, tiredness, despair, delusion, ridiculousness, contradiction, revelation, exhaustion, homesickness of the life of a DJ/Band on the road, which includes 2manyDJs, Soulwax Nite Versions live footage and also features James Murphy, Nancy Whang, Erol Alkan, Tiga, Justice, Busy P, So-Me, Peaches, Kitsuné & Klaxons in behind the scenes footage and interviews. The second is a live film that captures perfectly the blissful & beautiful sonic malevolence of Soulwax's Nite Versions blitzkrieg.

The Metalheadz Documentary is an intimate and immediate account of a Drum & Bass label poised for world domination. DJs and producers talk openly of the artistic freedom they enjoy, how the label has evolved to represent such a diverse musical scene and why moving forward and pushing the boundaries is so vital. These names have created a global phenomenon and here talk for the first time of how it was achieved, where it’s at and what the future holds. The documentary features notable names such as Dilinja, Grooverider, Goldie, Ed Rush and Optical.