What is a Scratch DJ 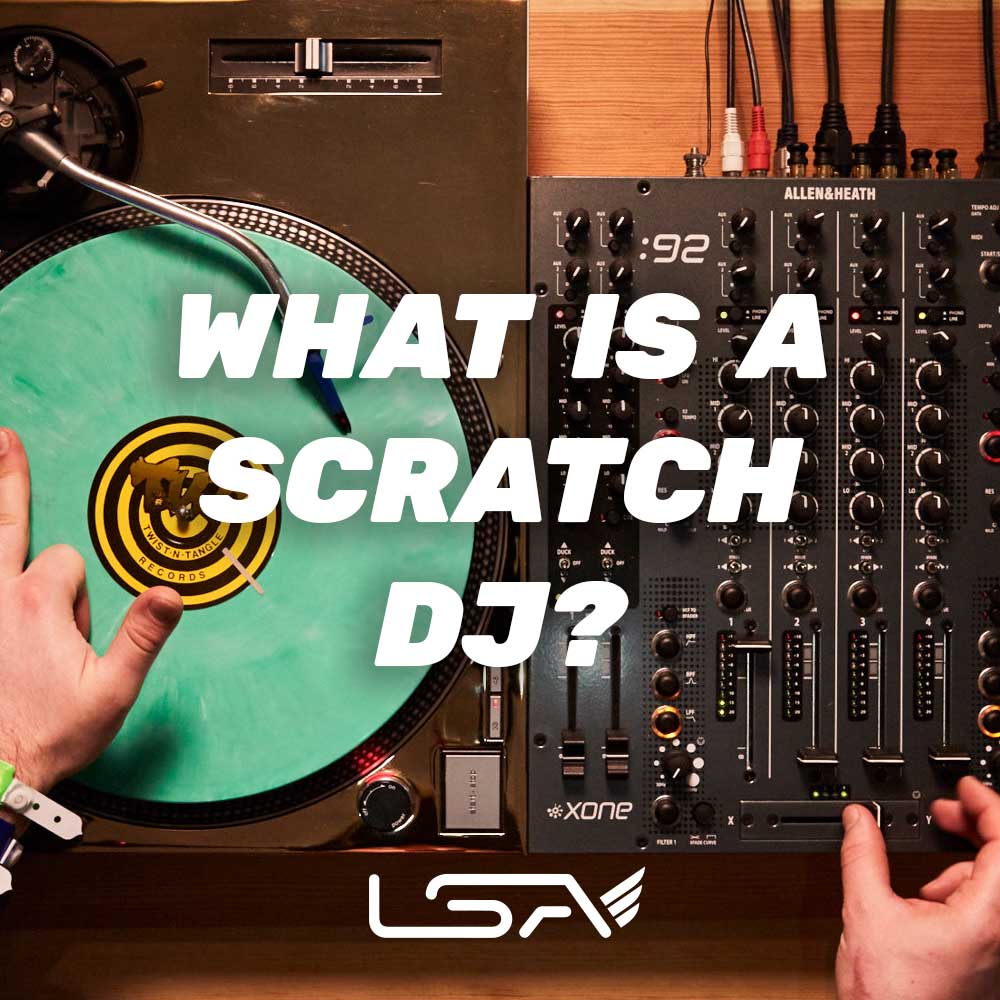 What is a scratch DJ?

Ever heard the term ‘scratch DJ’ and wondered what it meant? Scratching, also known as turntablism is the DJ art of using your decks like an instrument. It goes beyond traditional DJ techniques of transitioning between track A and track B and instead seeks to create sound using the tracks or samples being played. These sounds can either help the transition between track A and B or can create music in its own right. Many scratching, battle and performance techniques have been created over the years including, but not limited to:

So where did turntablism and scratching come from?

In the 1960’s Jamican sound system culture created new striped-back styles of music with repetitive beats. Artists in this culture were also the first to remix music and so laid the foundation for modern dance music. No one knows who the first DJ was that took it one step further and actually overlap two records with the tempo (BPM) in sync, but we know that it would have been tied to improvements made in turntable technology. The Japanese firm Technics were leading the way with the launch of the first Technic turntable, the SP-10 in 1969. Following that came the SL-1100 and In 1971 they launched the SL-1200 which would go on to become their break-through commercial turntable.

These innovations went on to inform the new Hip Hop scene that emerged in the 1970s. The founding principles of hip-hop are called ‘The Five Pillars Of Hip Hop’ they include, Graffiti, MCing, DJing, Bboying & Knowledge.

Hip Hop was the soundtrack to the emancipation of the black working classes in America and thus DJing also took on a political element. In parallel to this movement turntable technology was evolving, turntables now had direct drive which meant they could stop and start quicker and the tempo adjustments would also be more responsive. This new advancement coupled with the creativity of the hip hop DJs brought about the invention of new DJ techniques including, scratching, beat-juggling and turntablism. Techniques that would have previously been too damaging to earlier turntables. Turntablism by definition means using the decks like an instrument and is often seen as the skill that brings DJing closer to musicianship. Another important development in the mid-1960s was the commercialisation of a new class of electronic instruments called synthesizers. Famous synths and drum machines like the Roland 808 or the Minimoog would go on to create the signature sound of popular music to this very day.

What equipment do you need to scratch?

While traditional turntablism involves vinyl records and turntables you can now practice the art form in various ways. Digital Vinyl Systems allow you to use time-code records to control tracks on DJ software like Serato, Traktor or Rekordbox and are used by many modern scratch DJs. In addition there is a huge range of equipment made for scratch DJing including special decks and battle mixers. Rane, who own Serato, are seen as the main contender for providing equipment for the scratch DJ community.

The DMC World DJ Championships were established in 1983. They are seen as the Olympics of DJing and focus on turntablism routines performed by competing DJs. As a worldwide championship there are many heats in different countries and then a final competition in a host country. The championships were sponsored internationally by Technics, but in 2010 Technics was replaced by Serato and Rane. Many of the winners received the famous gold-plated Technic 1210s. Nowadays the prizes are money and fame!

The DMCs have helped turntablism become a recognised cultural art form and is now established as one of the leading music related championships in the world.

How to learn how to scratch

So you want to become a scratch DJ and join a legendary lineage of champions? You’ll need to learn how to scratch and become a turntablist. The best way to learn is one-to-one mentorship and lots of practice. DMC DJs, scratch DJs and turntablist DJs will have to dedicate many hours of practice every week, sometimes everyday! If you want to be the best you’ll have to work hard.