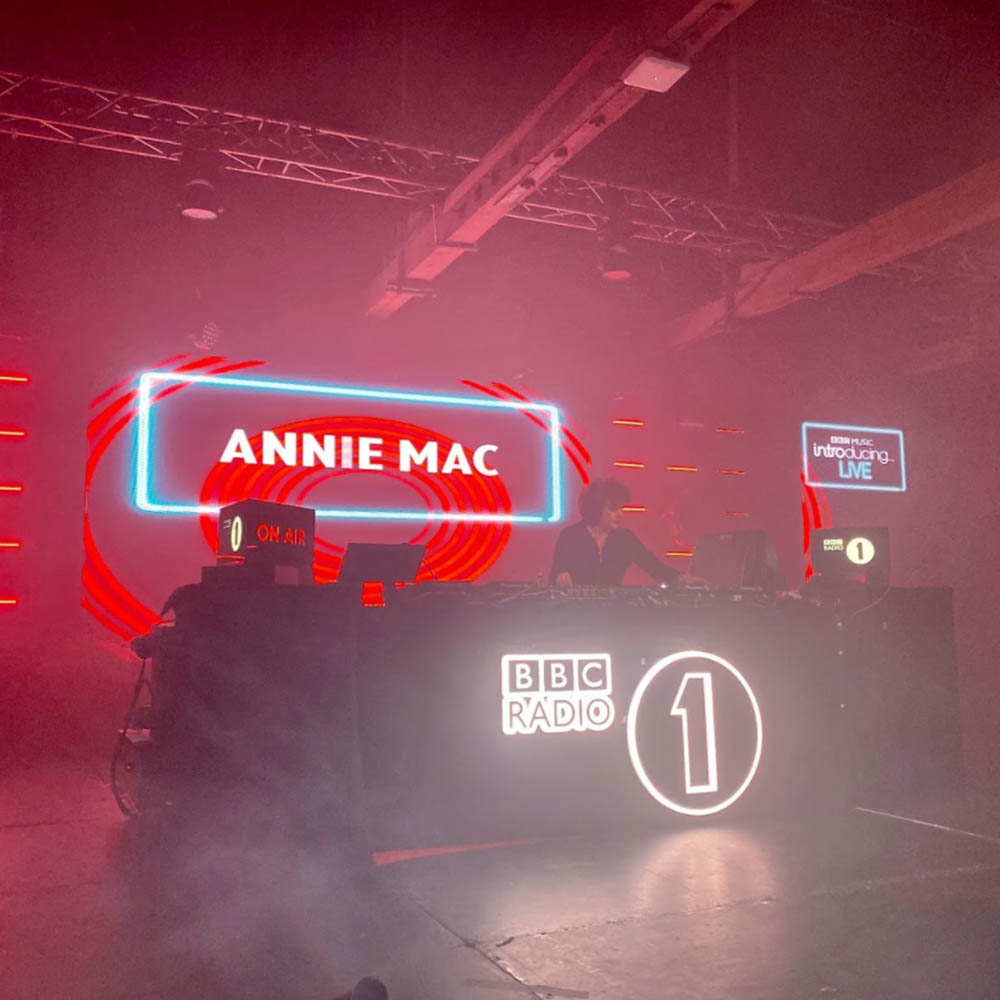 ‍On hearing the news that Annie Mac will be leaving BBC Radio 1, it may sound a bit dramatic but I actually shed a few tears. I’m not normally someone who mourns the break up of a band, or the end of my favourite TV series but this caught me a little off guard.

It’s just the end of a radio show, right? It’s for very understandable reasons, her debut novel ‘Mother, Mother’ is out 27th May, which I’m sure will be followed by many others and of course the most important reason, family. She's handing over her R1 shows to huge talents Clara Amfo and Danny Howard who will do an incredible job as they already do. Besides, Annie herself has admitted she will return to the radio when the time is right but for me this still felt like the end of an era.

Annie Mac has been a presence at R1 for the last seventeen years and in that time she managed to skyrocket her career from humble beginnings, to a number of her own shows, to her being in my opinion, the heart and soul of Radio 1 and an inspiration not only in music but in life.

Annie MacManus, from Dublin, started her journey at BBC Radio 1 back in 2002, employed as a broadcast assistant it wasn't long before she had impressed enough to be granted her own show on a Thursday evening - ‘Annie Mac’s Mashups’. From there, her CV boasts a Sunday night show ‘Switch’; with Nick Grimshaw, ‘Musical Hot Water Bottle’ which was another Sunday evening show running until 2015, she made famous the ‘Mini Mix’ and of course the flagship dance music show on a Friday night, which she has continued to reign over to this day. She has also hosted numerous live events, festivals, podcasts and appeared on TV shows, such as, ‘Top of the Pops’, ‘The Culture Show’, ‘Never Mind the Buzzcocks’ and of course ‘Radio 1’s Big Weekend’.

But what has cemented her in the BBC history books, is the flagship show she has hosted every Monday to Thursday for the last 6 years. A slot that she inherited from Zane Lowe and you can trace right back to greats such as John Peel.

What she has done with the platform of this radio show, along with the Friday night show ‘Radio 1's Future Sounds’, is colossal. She is a huge part of the rise of Disclosure, Clean Bandit, Prospa to name a few; which I would say fully gold stamps her ear for emerging talent and groundbreaking sounds. Her eclectic taste, which has expanded over the years, and in depth knowledge of not just dance music but the music industry in general, is awe inspiring. As she said herself in an interview with The Guardian in 2015 “being responsible for a musical landscape is terrifying” but I think she has done an incredible job. We would be without some of the UK’s biggest artists, not just in dance but across all genres if it wasn’t for her ability to give them the spotlight they deserve. And the reason she can do this is because her knowledge, passion and infectious personality make us trust her.

But something which is important to me personally and this will be the case for so many of us on the electronic music scene, has been Annie’s work championing female and LGBTQ+ artists and speaking out for inclusion and change across the industry and beyond. We have seen so much positive change over the last few years in the industry, we still need more but honestly, I believe a large amount of it is down to Annie Mac. She headed the Smirnoff ‘Equalising Music’ campaign, which was written about previously by Buster (https://www.londonsoundacademy.com/blog/why-do-some-djs-have-beef-with-the-equalising-music-campaign), and despite some backlash, studies were eye opening but incredibly helpful in the fight to expose disparities and get to the root of the issues. In fact, it brings me perfectly back to the reason I am writing this blog to begin with.

When I started listening to Annie Mac, I hadn’t even contemplated the reality of being a DJ. Like a lot of kids I’d messed about and pretended with my dad’s records or some paper plates but I certainly didn’t think it could be my job!  Mainly because I saw very few women doing it. Maybe it didn’t help that my connections to dance music at the time were not a lot more than having been to some clubs...but I started getting the bug, listening to her shows and seeing her play live.

She made me want to do what she was doing, she made it look like the best job in the world.

Annie Mac has dedicated a career to championing people who don’t “just fit in the box” and helped people be seen for who they are. And what that said to me and to every single aspiring music producer, artist, DJ or just anyone with a dream, is that it’s possible and it’s possible whilst being true to yourself, who you are and what you stand for. If you want it bad enough, someone will see you.

So I guess the reason this news hit me and a lot of us, wasn’t just because we will miss her Irish brogue radiating from the corner of the room, or a car stereo every evening but also because if it wasn’t for Annie Mac and her presence on the radio and in our clubs, most of us wouldn’t be so lucky to do what we get to do now. Make music and share our passion.

So thank you Annie for everything you have given to the music industry.

Legend status has most certainly been achieved.